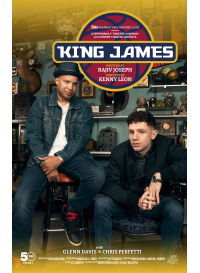 ”King” LeBron James was just the hero that Cleveland needed. One of the greatest NBA players to ever hit the court, his influence on the whole city loomed large for the dozen years of his reign. Pulitzer Prize finalist Rajiv Joseph’s (Bengal Tiger at the Baghdad Zoo) wonderfully funny and remarkably moving new play chronicles the unexpected friendship between two men whose intertwined fortunes are tied to those of their idol. This highly anticipated, adrenaline-paced New York premiere about the power of connection is directed by Tony Award winner Kenny Leon (A Raisin in the Sun, Fences).

Also in the company is Khloe Janel as the DJ. The creative team and other listings information for King James will be announced soon.