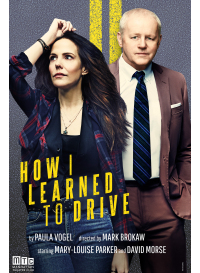 How I Learned to Drive

How I Learned to Drive is produced with Daryl Roth and Cody Lassen in association with the Vineyard Theatre.

The thrilling Broadway premiere of Paula Vogel’s Pulitzer Prize-winning masterpiece How I Learned to Drive reunites the two original stars with their award-winning director for a new production. Tony Award® winner Mary-Louise Parker (Proof) and Tony nominee David Morse (The Iceman Cometh) head the cast of this remarkably timely and moving memory play about a woman coming to terms with a charismatic uncle who impacts her past, present and future life. Directing is Mark Brokaw (Heisenberg).